Electronic Piano:Electronic Piano emulates one of those electronic musical keyboards on your computer, using each keystroke of your PC keyboard to produce a different sound. Just like the original instrument, this software app supports a wide range of different sound styles, enabling you to emulate almost anything from a piano to a guitar, including trumpet, bass, organ, harmonica, violin, cello and a lot more.

RythmRascal:Rhythm Rascal is a software drum machine for your computer that can be programmed to play any style of music. It was designed specifically for metal, rock, and other traditionally "non-electronic" music genres.  It has also been used to create drum tracks for just about every type of music under the sun.

Virtual Dramming:Virtual Drumming has a Joey Jordison drum set where you can play and learn through percussion sheet music for beginners about nova sticks.

Scribbd: A digital documents library that allows users to publish, discover and discuss original writings and documents in various languages.

Virtual Music Instruments:Welcome to VirtualMusicalInstruments.com! We offer you the possibility of learning and creating music by playing Musical Instruments online using your PC keyboard and mouse control as the interface. Our musical instruments include the virtual guitar, virtual piano, virtual drums, virtual bongos and the virtual pan flute.

Virtual Drumming:Virtual Drumming has a Joey Jordison drum set where you can play and learn through percussion sheet music for beginners about nova stick.

Audacity: Audacity is available for Windows®, Mac®, GNU/Linux®; and other operating systems. Check our feature list, wiki, and forum. 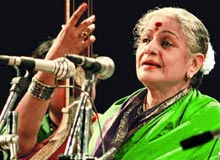 M.S Subbulakshmi is a name that is synonymous with the world of Carnatic music. This flawless singer whose voice had a divine power is the first singer in India to be presented with the Bharat Ratna, the highest award given to any civilian. Born on 16th September, 1916 in Madurai, Tamil Nadu, this singer had a family that had a musical background. Her full name was Madurai Shanmukhavadivu Subbulakshmi and she was fondly known as M.S or M.S.S. Her mother tongue was Kannada. Read the life history of M S Subbalakshmi in this short biography.

M.S was introduced to Carnatic music at a very early age. She released her first album at the mere age of 10! She received training in classical carnatic music under the famous Semmangudi Srinivasa Iyer and then learnt Hindustani classical music under Pundit Narayan Rao Vyas. M.S gave her first public performance at Kumbakonam during Mahamaham festival. Then M.S went to the Madras Music Academy and gave a stunning performance at the age of 17. Apart from her mother tongue Kannada, M.S sang in Tamil, Malayalam, Telugu, Hindi, Sanskrit, Bengali, Gujarati, etc. 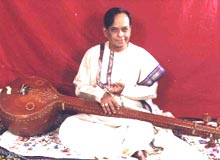 One of the most famous names associated with Classical Carnatic Musicis that of Dr. Balamuralikrishna. This legendary musician and Padmabhushan awardee is an able composer, singer, poet and instrumentalist who can sing perfectly in three octaves. He was born on 6th October, 1930 in a place called Sankaraguptam located in Andhra Pradesh. He was named Murali Krishnan by his father. The prefix Bala was given by a Hari Katha performer Musunuri Satyanarayana and thereafter he came to be known as Balamuralikrishna. Read the interesting life history of Dr. M Balamurali Krishnan in this short biography.

As a young boy of five, Balamuralikrishna had started to give musical

concerts. His brilliant voice gained him instant fame and recognition. He was touted as a child prodigy who perfected almost every song and every tune

. His father Pattabiramayya was a very popular musician who perfected the Flute, Veena and Violin. His mother Suryakantamma played the Veena perfectly. Balamuralikrishnan perfected Violin, Viola, Khanjira, Veena and Mrudangam. In India, he is the only musician who has won National Awards

Dr. Balamurali Krishnan has immensely contributed to the world of Carnatic music. He was not content with the fame and recognition that he gained by performing in concerts. So he composed a detailed work known as Raganga Ravali on 72 Melakarta (basic scales

of Carnatic music). All this at the mere age of 14! Balamurali Krishnan also has over 400 compositions in different music scales that are widely accepted by music lovers and critics alike. He has also created many new ragas Like Mahati, Sumukham, Trisakthi, Sarvashri, Omkari, Janasamodini, Manorama, Rohini, Vallabhi, Lavangi, Pratimadhyamavathi, Sushama, etc.

Dr. Balamuralikrishna has contributed a lot in the world of music. He established the "Academy of Performing Arts and Research" in Switzerland. He is also working on music therapy. For extensive research in the field of music therapy, he also established the MBK Trust to develop art and culture and spread the knowledge. "Vipanchee", a dance and music school

is a part of this trust and is managed by his trustee Kalaimamani Saraswati.

Homepage Site map RSS Print
This website was built with Webnode
You can also have an impressive website for free!
Try it out